Our Clients and Previous Projects

State of Indiana - NG911 ESInet and i3 Services RFP/Procurement Process

Develop and define NG9-1-1 RFP technical specifications and requirements for procurement using a Request for Services-RFP.  Service areas include:

The Indiana Statewide 911 Board contracted with 911 Authority for thechnical support and Next Generation  9-1-1 expertise for a technical assessment and system outage analysos of the IN911 network. The project resulted in an extensive, first ever, system test(both human and machine) of a next generation Emergency Services Internet (ESInet).

911 Authority, LLC is contracted to provide NG911 Project Management, Procurement Management and NG911 Technical Support to the IN911 Board for the re-competition of the IN911 NG911 system and services contract. Primary responsibilities include;

Where we Come In:

The Department of Homeland Security, Office of Emergency Communications is using 911 Authority for the support of the ICTAP program. The ICTAP is a grant in aid program designed to assist states across the country in the strategic planning, training and education of Next Generation 9-1-1 technologies. Using our industry recognized Next Generation 9-1-1 expertise, the staff at 911 Authority are able to interact directly with a number of state agencies as they begin to plan for and take the steps necessary to migrate their 9-1-1 systems into the NG9-1-1 environment.

Through this project, 911 Authority has provided support to the following agencies: 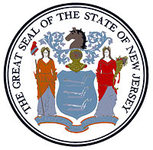 Where We Help You:

911 Authority is supporting the State of New Jersey’s Office of Emergency Telecommunications Services as they begin to plan for the migration to the Next Generation 9-1-1 environment. 911 Authority is providing project management, NG9-1-1 expertise and report writing resources in support of the project. The deliverable developed as a result of this project reported on the following NG911 aspects:

911 Authority, LLC was contracted to provide NG9-1-1 project management, procurement management, and NG9-1-1 technical support to the Alabama 9-1-1 Board for the re-bidding of the ANGEN NG9-1-1 System and services contract.  Primary responsibilities included the development of a NG911 RFP seeking a broad range of systems and services including:

Continuing Services:  This project is a multi-year engagement and many of the tasks detailed in the project narrative are ongoing and are marked as “continuing services” above.  Additional tasking and support has been added to the contract to accomplish the evolving objectives of the 911 program

911 Authority is also assisting the Board with program and project management support, vendor management and regulatory support during the anticipated 20 – 24 month implementation period of the new ANGEN NG911 system. 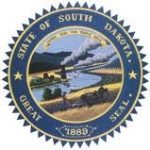 911 Authority, LLC was contracted to provide NG911 Project Management, Implementation Oversight, NG911 Technical Support, Legislative Support and RFP Development to the South Dakota 911 Board for the ongoing CPE and ESInet implementation and re-competition of the NG911 system and services contract.  Primary responsibilities include; 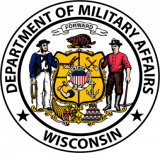 911 Authority, LLC was contracted to complete a NG911 System Assessment, develop a NG911 Request for Proposal for a state-wide ESInet and NG Core Services, provide Project Management, Procurement Management and NG911 Technical Support to the Office of Emergency Communications.  Our efforts include system and services contract, contract award, vendor negotiations, and implementation oversight. Primary responsibilities include;